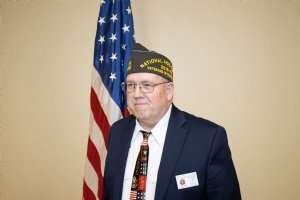 Served at the While House Communications Agency under President George H.W. Bush, President William Clinton and President George W. Bush.  Served in the Kuwait/Bahrain Theater for Operation Southern Watch with the Armed Forces Expeditionary Medal being awarded.  He was in Washington DC on 9/11 and implemented communications continuity plans as a senior communications manager.  He entered the service as a Military Policeman in 1983 and changed MOS in 1986 to Satellite Communication Maintenance and Operations.  He was recruited by the White House Communications Agency in 1989 and served with the 335th Theater Communications Command in Kuwait with duty with US Centcom in Bahrain in 2000-01.  He retired in 2003 and took a position with a contractor in Iraq in 2004 as the Operations Manager for Iraq and Kuwait with primary duty in Baghdad.