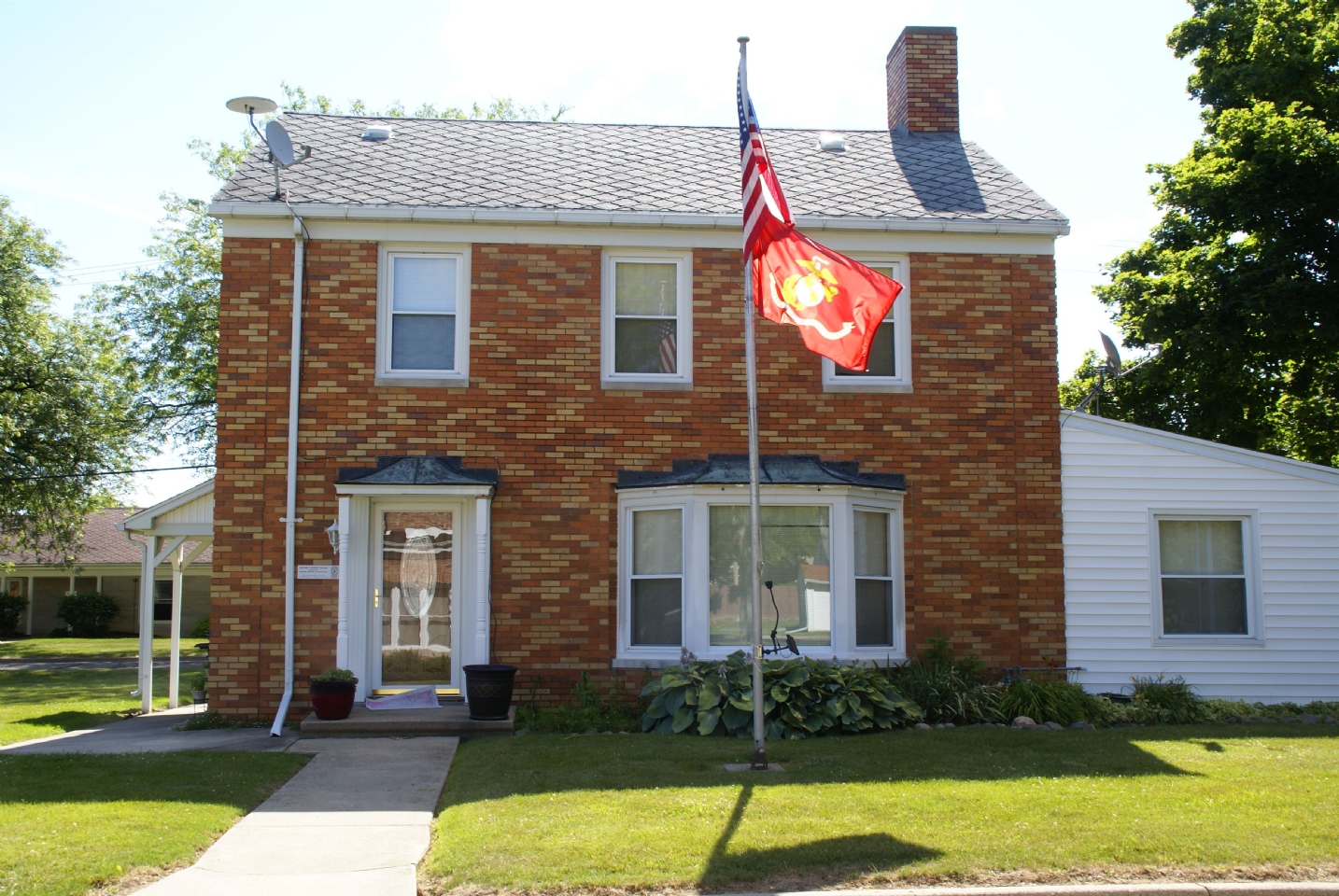 Photo of the Nevada Home

To donate to the National Home please send all donations to the Department Quartermaster, and email the state Program Chairman that you have donated. programs@vfwnv.com

The Veterans of Foreign Wars National Home for Children

"The Veterans of Foreign Wars National Home for Children will provide children, youth and families of veterans, active-duty military and members of the VFW and its Auxiliary opportunities for growth and development in a nurturing community, and by doing so will serve as a living memorial to all veterans."

It was founded in 1925 as a place where the families left behind by war -- mothers and children, brothers and sisters -- could remain together, keeping the family circle intact even when their serviceman didn't come home.

Today's families face different challenges -- reintegration, post-traumatic stress, high unemployment and rehabilitation from battlefield injuries, among others -- and the National Home has evolved over our decades-long history to meet those changing needs.

The idea for the National Home was first planted in 1923 when the Military Order of the Cootie presented the concept to the VFW at its national convention. Members of the VFW embraced the idea of a home for the children and families of veterans, and the VFW National Home for Children was born as a non-profit corporation separate from the VFW itself.

The beginning of today’s VFW National Home for Children lies with a poignant story of a young girl named Amy Ross. On a cold February day in 1922, 23-year-old Amy Ross walked into the office of Dr. Clarence L. Candler, the VFW Department of Michigan Commander with the idea to find jobs for the thousands of veterans who were walking the streets of Detroit looking for work.

While the task seemed insurmountable, Dr. Candler turned over the limited facilities of the VFW to Mrs. Ross, and she went to work. "What followed is history (over 9,000 veterans were found employment),” he wrote in the Nov. 1924 issue of the Golden Stripe, Michigan’s VFW Newspaper. "But not all of you know that the present high standing of the VFW in Michigan, our wonderful headquarters in the General Motors Building, the Yanks Convalescent Camp, Inc., our 300-grave burial plot at Roseland Cemetery, and our new $500,000 VFW National Home, Inc. all came as a direct result of Amy Ross’ sacrifices for the veterans of this community.”

Through Amy Ross’ efforts, millionaire cattleman Corey Spencer came to meet with Dr. Candler in the summer of 1924. Having learned of Amy’s great work and the needs of the VFW, Mr. Spencer had an idea. He had 472 Acres of land near Eaton Rapids, Michigan, known as the Grand River Stock Farm, and he wanted to make it a gift to the VFW. Spencer’s offer was presented to the 1924 Convention in Atlantic City, where the Commander-in-Chief appointed a committee to investigate the offer and report back to the National Council of Administration.

Tragically, Amy Ross never lived to see the VFW National Home became a reality. After her untimely death in 1924, the VFW gave Miss Ross a military funeral. Dr. Candler was quoted as saying, "Amy Ross dead? No, she has just commenced to live...When that new little city arises out of the ground near Eaton Rapids called the VFW National Home, you will hear Amy singing a lullaby to some veteran’s orphan.”

On December 6, 1924, the National Council of Administration approved the idea of the VFW National Home. Articles of Incorporation were prepared, and on January 7, 1925, the dreams of Amy Ross, Corey Spencer and the Military Order of the Cootie had at last come true. The Veterans of Foreign Wars had taken a giant step forward in fulfilling its pledge to "Honor the Dead by Helping the Living.”

The December 1924 issue of the Gold Stripe devoted all of its content to the sad parting of Amy Ross and the great news of the VFW National Home. The editor wrote, "This VFW National Home is the greatest objective ever placed before any veterans’ organization. It will give each and every post something tangible to work for.”

On March 2, 1925, Sgt. Edward Pollett, Ret., 48, traveled from Halfway, Michigan, to pick up his retirement check at Ft. Wayne in Detroit. While crossing the street in Detroit, he was hit by a street car and later died at a nearby hospital. Twenty-four hours after his death, Mrs. Pollett identified her husband at the county morgue and then found that she and her 6 children, ages 2 to 15 were left destitute since Sgt. Pollett’s retirement pay stopped upon his death. The Halfway, Michigan VFW Post 1146 appealed to Dr. Candler, State VFW Commander, on behalf of the family, and arrangements were made immediately to send the family to the VFW National Home.

On March 9, 1925, Mrs. Pollett and her 6 children entered the VFW National Home as the first residents. The first Matron of the Home, Nora M. Abbott, and first supervisor, Roy Williams, supervised the housing of the Polletts in an old frame farmhouse. In June of 1925, Nora Abbott wrote, "Maybe you would like to hear how things are going for the Polletts. My little mother and her children are settled and seem to be happy. She tells me how thankful she is that she could come here and have a home with her children. . . .”